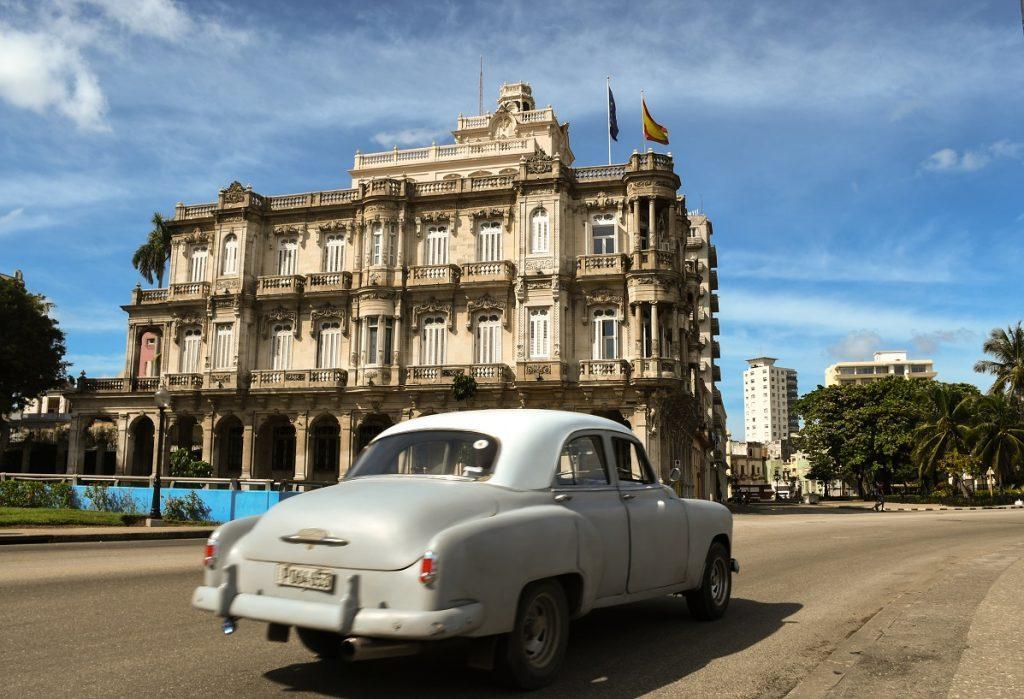 Our first impressions of Cuba?

Hm, a mixture of surprise and disbelieve? But not in a bad way 🙂

We landed in Cuba an hour before scheduled (so used to delays in SE Asia, that even landing on time seems weird), there were absolutely no queues, (again, Asia), our luggage arrived quite fast and nobody cared who we are and why do we have only one-way tickets (we were advised beforehand to buy the onward ticket as well which we did, but we didn’t need to show them).

The forms, which we dutifully filled out during the flight weren’t read; not even once. And, it was also the first time that at the arrivals there was someone waiting for me with the sign  ‚Senora Stanisa‘ – kinda cool, I’m telling ya’ 😛 We were picked up by a “casa particular” owner’s friend, who is in her spare time a taxi driver for her neighbor.

For those who do not know – the ‚casa particular‘ is the most common accommodation in Cuba (besides hotels); locals rent out a room in their apartment (and the government gets high provision, duh) and usually, breakfast is served as well. You’ll find everything you need to know about casas particulares in this article.

But let’s get back to the cab…

It’s hard to describe the condition of the old Lada Niva (a Russian car), which was probably imported in the golden time of the communist regime. In Europe, you wouldn’t even be allowed to have such “car” parked in front of a car dealership shop, let alone have it marked as ‚road-worthy‘.

To sum it up, the car did have a sturdy metallic frame, four wheels, and an engine – but this was more or less it. In my naive optimism, I tried to buckle up – of course, there were no seatbelts, I don’t know what I was thinking!

Only a few turns from the airport and we arrived in… the past.

All of the photos that you see from Cuba cannot replace the moment when you have a feeling that you have just driven into 1950.

Old trucks, American Chevrolets, driven by old grandpas who wear straw hats and smoke cigars, and spotless cabriolets, draped in all shades of pastel, festooned with ancient upholstered seats, out of which the latest Latino music hits can be heard.

Old colonial buildings, adorned with countless fabulous facades, mixed with the grey Soviet-style blocks give the impression that the whole place is shrouded in the fog of the past.

Even though we prepared ourselves for such a sight, you can’t help yourself  – you half expect that someone will shout: “Haha, this was just a joke, it’s not real!” and the mirage will disappear.

I promised to give her a lifetime of adventures.

A Hobbit village? 😃 No, but those beautifully d

Is it still considered wine tasting if I'm on my t

Come with me now to South Moravia! This pedal-pow

Yet another fantastic wine tasting in @southmoravi