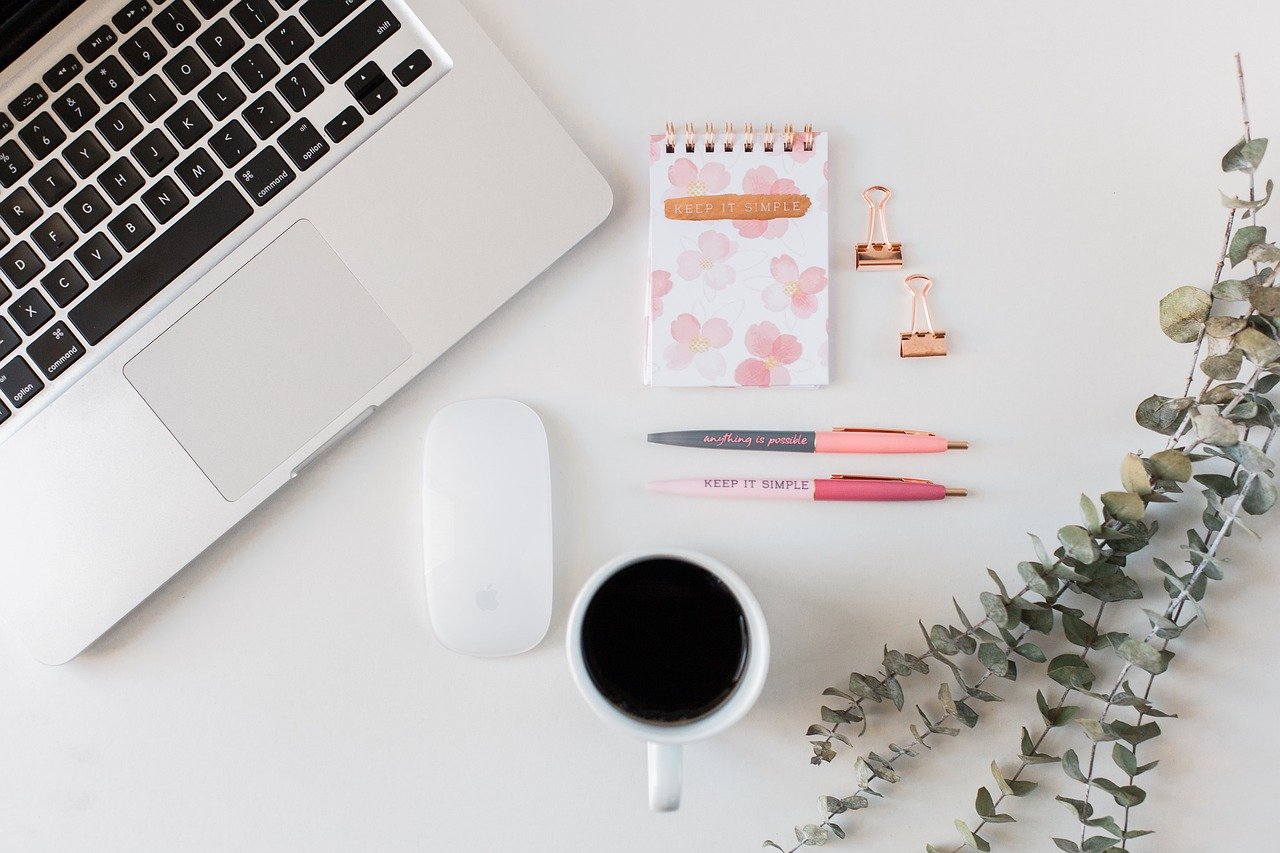 They say that beginnings are the most difficult.

No matter what you’re about to do – maybe pursue a new career, move to the foreign city, or simply start with that diet which always begins next Monday and – um, as far as considers me –  infamously ends with the chocolate after lunch.

Oh, and the winner of all – January 1st.

This one is especially tricky – you know, how we are all super busy during the last days of December, writing down all the New Year’s resolutions that we will make come true during the next year for suuuure? Yeah right.

Well, with that in mind I decided a very long time ago, specifically on December 31st, 2016, that 2017 will be the year when I accomplish the following:

1. I spent more days on the bike
2. I take a yoga class minimum once per week
3. I take care of my poor stomach (yep, pantoprazole was my best friend at that time and I solemnly swear it wasn’t because of the wine 😀 )
4. I go to a photography workshop
5. Once per two weeks I bake something healthy (Sweets without sugar? Yeah, that one didn’t stand a chance from the beginning.)

and…. TANANANNAAAAA (trumpets in the background)

6. I finally stop procrastinating and start to write my travel blog, something I wanted to do for years.

What really happened (spoiler alert: I’m sure you know very well what happened)

As you can image, this list was forgotten by the January 3rd (umm, along with the general yearly decision to eat clean and exercise) and I didn’t think about it again until late November.

I realized then – somewhat with a surprise –  that hey, maybe I even partially realized these so optimistically set goals!

While of course no. 5 was a total failure (#chocolateforever), I was more or less successful with biking and yoga. Of course, this depended on a season, my immune system (which so awesome that you can sneeze at me and you won’t see me around for a couple of weeks), and what I call the »sloth intensity level« (I was a sloth in my previous life for sure). But hey, gotta give myself some credit, at least I accomplished something! 😉 But anyhow, being totally honest, I should say that I wasn’t really planning on doing all these things, they just somewhat happened.

Which brings us to (in)famous number 6, for which there is a slightly different story behind.

I wanted to start a blog like…since forever  (no, seriously, since I was like 20). I know, I’m a late bloomer, lol – I should have listened to myself and start around that time that Nomadic Matt did, and I’d be a superstar by now.

Anyhow, when I decided that 2017 would finally be a year to do it, the thought actually stuck in my mind and when the end of the year was approaching, it started to uncomfortably raising its voice, or better, making »raaawr« sounds.

»You could start next month«, it said in March. »In July we go mountain biking in French Alps, this could be the thing to write about«. »Ok, in September, when we return from Malaysia you should reeeally get down to it«. When September came and go, the voice attempted to wake me up with different tactics: »Hey you, move that ass!«, and »Procrastinating again, huh. Like for the past 10 years, nothing new here.« »You’re so good, you can do it, I’m sure you can sweety« ….»Tomorrow, do you hear me, TOMORROW I said!«

When I was at one TEDx event I learned that this voice is called the »Procrastination Monster«. Aha, I knew it has to have a name! It’s just that this tiny thing called monster supposedly makes you super productive and then you somehow manage to learn 300 pages by heart during the night before the exam or fill in the taxes just before the deadline.

This must be some kind of a brother-from-another-mother Procrastination Monster, I’m not familiar with that one.

See, my monster has an opposite effect on me – instead of becoming extra productive, I freeze instead. So, if the monster made me realize I hadn’t studied enough, I didn’t gulp down the whole book, but I felt like I can’t breathe and rather went to sleep so that unpleasant feeling »went away quickly«. I probably don’t need to tell you that I failed all those exams. It was statistically expected, nevertheless.

Where does this bring us with the travel blog?

Ah, our travel blog. Yeah. About that.

Taking into account that now when I am writing this, the number on the calendar is January 31st, 2018, you don’t need rocket science to calculate how well did the blogging thing go in 2017. Or better, how it didn’t go.

But – I did first baby steps in 2017, and that’s something! Namely, on December 29th (Better later than never. Right?…Right?!), I started to read articles about domains, hosting, and other alien topics.

By noon, panic started to kick in.

Oh, how familiar. Hello, my freezing monster friend! (And I was optimistically expecting other results as in like, 1000 other similar situations when such thing happened).

However, I actually managed to buy a domain, but when I stumbled upon expressions like multilingual plug-ins, widgets, and other nonsense, waterfalls behind my eyelashes started to flow like it’s first spring rain. Jokes aside, maybe this is easy for many people, but if I would put my knowledge about computer science in a drawer, it would probably end up somewhere beside rocket science. Or in a drawer below that. That’s how extremely tech-savvy person I am.

But thankfully, Bojan knows a thing or two about this and constantly saves me from »what does this button do« situations. And so, a couple of weeks and two trips later,  the website is set up and I can finally focus on my favorite topic – dreaming 😛

Sometimes about pink unicorns who poop rainbows but mostly about where’ve been, what impressed us most and where to next. Always where to next. To the fairytale woods around the corner, dusted museums in picturesque cities, under the water or behind the palm trees, above the clouds…but foremost, around and around our Blue Marble. In the company of my favorite boys, of course.

Actually, just a week ago we returned from a trip to London. If I would follow yet another New Year’s resolutions and the plan that I made, I’d be now writing about London and not about how I missed the imaginary deadline, for a whole month, to be exact.

But looking from the bright side – the beginnings are the most difficult. And I did begin. Better late than never? 🙂

Maybe this year’s resolution should be that I stop procrastinating.

But on the other hand… tomorrow is February already. Oh well, next year then.

Looking back, not much has changed! 😀 I’m still aaaalways behind the schedule, always in a lack of time and my freezy monster still wants to be my best friend sometimes. And gosh, the amount of things yet to learn still scares the sh*t out of me!

But, in the past 2,5 years (er –  make that a year cos I didn’t write English blog for a whole year while on a honeymoon and had a perfect excuse for procrastination), this baby blog is moving in the right direction and I’m proud on myself that I finally took that freakin’ leap of faith that everyone is talking about!

I won’t say “2020, bring it on!”, because, honestly – 2020 has already brought way too much on our travel-industry-plates and I’m not sure if I can handle one more  *surprise*. But, I’m looking forward to seeing this blog growing further and our vagabond community getting bigger and bigger!

So, thank you dear readers, for sticking with us! 🙂

Don’t know us yet?

Then perhaps you should check out some fun facts about us or learn more about BlueMarble Vagabonds blog.

Welcome, we’re happy to have you here! 🙂 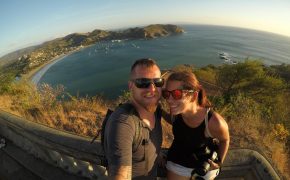 FOUR MONTHS OF TRAVEL: WHERE DOES THE TIME GO 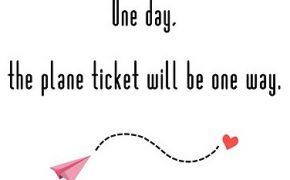 WE’VE GOT OUR ONE-WAY TICKETS! …all kinds of them :)