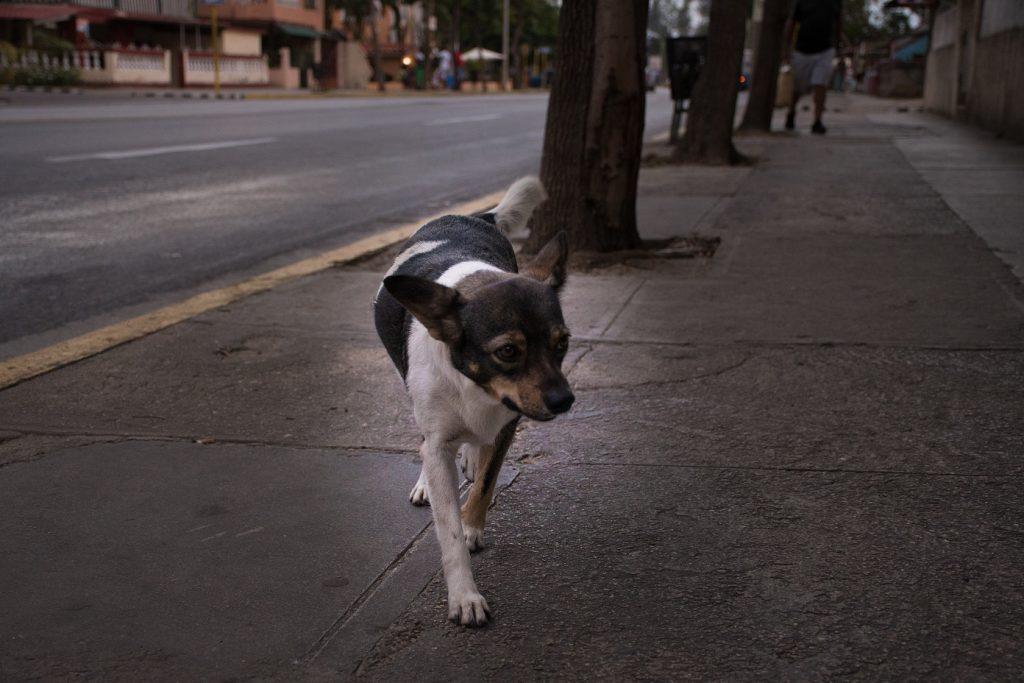 As you know, the world is small (and Cuba even smaller.). So of course, in Trinidad we ran into Miha and Metka (with whom we already met in Havana and on the way to Playa Giron). They arrived there one day before and had already positioned themselves in a small bar next to Plaza Mayor, which was selling cocktails for 1CUC (heaven, I’m telling you!). So, during the next two evenings we befriended every barman there since we kept coming for “just one more drink”. 😊 The bar is located at the beginning of the street which is opposite to the main steps at plaza. Well, to be honest, there were two bars, the first one being full to the brink and the second being constantly empty, despite there was a guy in front of it, waving and inviting us inside . We tried those cocktails as well and realized that amount of rum in them was… well, insignificant 😀 Apparently, instead of just “fixing the problem” and pouring an additional ounce of rum into every cocktail, they simply hired a man to stand before their bar and urge people to come in… Interesting business technique.

And this made me thinking that there are few interesting things in Cuba that perhaps a foreigner has some difficulties to wrap their mind around it (or perhaps we shouldn’t even try 😉). However, bear in mind, that below listed things are only my opinion and I may be deadly wrong after all😊

1.Related to the situation above – “Amount vs. efficiency thing”

In Cuba there seems to be work available for everyone (like in “good” old socialist times) but this doesn’t necessarily contribute to the better outcome. What I mean with this is that there is a bunch of people doing work that could be probably done by one single person. So there are few bored security guards wandering around the store and talking to a cashier and at the bank there is 20 people, but only one is actually dealing with clients (while other 19 are literally staring in the air😊).  Also, bus driver has sometimes additional driver sitting next to him (I’m talking about short distance rides here).

2. “One person in the office thing”

Imagine this picture – it’s hot and sunny. Outside an agency/phone company/money exchange office there is a bunch of people, patiently standing in the line and security guards is letting in one by one. Finally is our turn and we go through the door only to find ourselves inside enormous space. But the lady behind the counter is already furiously waving at us:

“No, no,…you can’t. There is no space. Only one person can be here!” she continues to wave excitedly and directs us to the door.

So we give up, one returns outside and the other heads to the counter…which is at the other side of the empty, 25m2 big office.

Cuba has double currency – the one for locals (CUP) and for foreigners (CUP). Later is based on US currency (app. 1:1) and it seems that on US standard as well. This means that you can easily pay 60€ for a daily trip and the 5* hotels rate above 300€/night. It’s all good.. it’s just that one would expect 5* service for 5* price. So if you are not staying in some really top resort, you shouldn’t be surprised if you pay more than you get in return.

Cuban economy doesn’t make sense even to Cubans, so we don’t stand a chance. Average salary there is app. 30€ and average pension app. 12€, while (dump-worthy) Lada Niva costs 1000€. Now buy yourself a car, if you can.

But on the other hand, average price per room/night in casa particular is 20€, which means that grandma can earn almost twice as much money with one night accommodation as she gets with pension. But…where to spend this money? You cannot walk into a store and remain there standing for two hours, contemplating which brand and type of oven would you buy. No, you will find exactly 5 ovens in the store. Same type, same price. Take it or leave it.

Internet in Cuba is almost as rare as snow in a desert. You can find it in the lobbies of top-end hotels or in some public parks (and is strongly dependent on the number of people using it in certain moment). So instead of people walking around or chatting, there is a completely other sight when you enter a park – a bunch of zombies staring in the little screens, not seeing or hearing anything around them 😊 (we joined them from time to time :D). Buuut..there’s a trick. Individuals make hotspots at certain streets and in case you’re staying near that hotspot, you can “call the guy”. For small amount of money he’ll type the password in your phone and voila.. slow internet appears for a couple of hours! (or not, in Cuba nothing is certain)

6. Last but not least, my favourite – “stray dogs thing”

I adore dogs, but sometimes I feel uncomfortable around stray dogs. I guess it could do something with the fact that being barked at and chased by the bunch of them is not one of the most pleasant experience in the world.😊 However, there is completely different story in Cuba. Yes, they are still a bit more skinny and constantly eaten by the fleas, but that’s more or less the only difference between them and family pets.

They are carelessly laying around and when they notice you, they do some stretching at first (they practice yoga, obvisouly 😊) and then they come to snuffle you a bit. If they find you harmless, they “park their butt” just few inches away and continue sleeping. In case they are being talked to, their tail is waving like a ventilator and they never beg for food – they just patiently wait by the side if perhaps you’ll decide to share that pizza slice with them. 😊 But they don’t mind if you won’t – it just seems they are perfectly happy by just having some company. I swear, if I could, I’d packed them all and send them home! 😊

Have you noticed anything similar while traveling around Cuba? Post in the comments below! 🙂 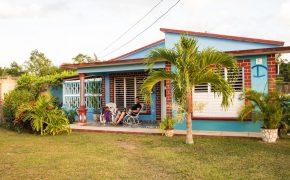 CASA PARTICULAR: the ultimate guide for the best accommodations in Cuba