IN SEARCH OF "CHIEF MACARON" - BlueMarble Vagabonds
Who are we?

Hey! We are Bojan & Sandra, two vagabonds usually found in the company of a furry member of the pack, Nano.

We have just returned from a year-long honeymoon around our Blue Marble and are already planning new adventures!

Here you’ll find a bunch of travel tips and witty stories with our sole mission to inspire you to open that squeaky fence door of your garden and peek around the corner. The Blue Marble is waiting for you! 😉

Poke around
We use cookies to ensure that we give you the best experience on our website. If you continue to use this site we will assume that you are happy with it.OkPrivacy policy
Become our friend on Facebook!

Our Travel Videos & Vlogs
You can follow our adventures here:
Current location on Blue Marble 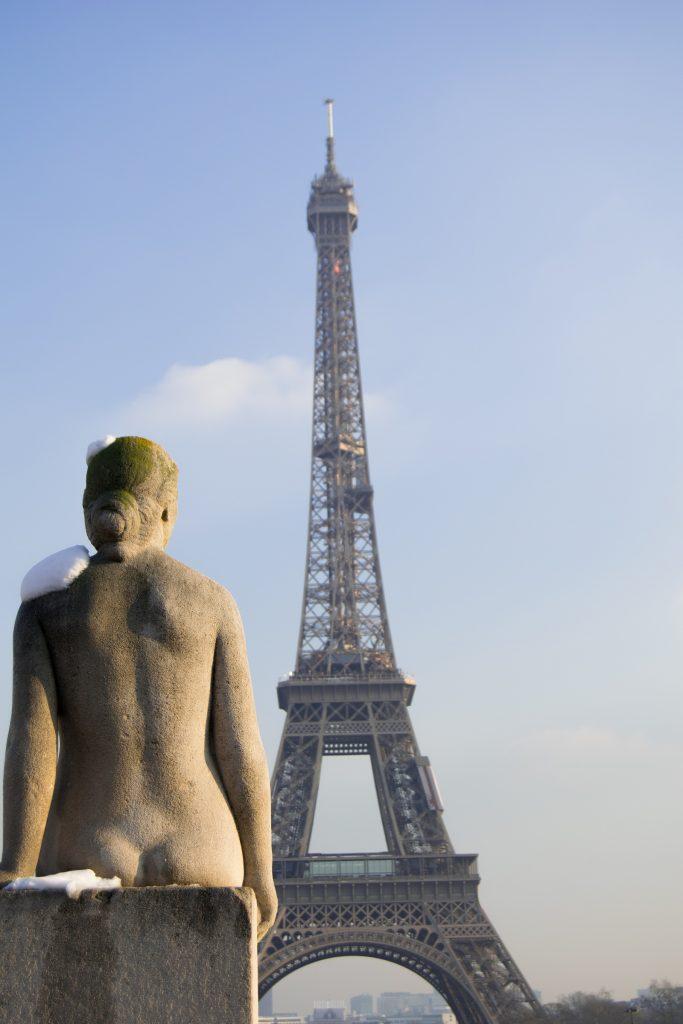 IN SEARCH OF “CHIEF MACARON”

In Slovenia, we have two words for pasta – and more unofficial ones sounds like “macaroni”. Therefore Bojan was making jokes all the time during our trip that “I have missed the country” since “macaroni” can usually be found behind our western border (namely, in Italy). We weren’t in Italy, we were taking strolls around Parisian boulevards where I promptly passed by Eiffel tower with determination of an assassin on the kill, only I was on a quite different mission. While screening the both sides of the roads I kept telling myself that “in a city like Paris, there should be more patisseries than cats on the streets”. To my surprise, this was not the case and even worse, in all of them they did not sell that fluffy peaces of heaven which melt in the mouth so discretely that you have a feeling you have just eaten a rainbow (without the unicorn, hopefully 😉 ). You know what I am talking about, right? It’s not too dry and at the same time not too soft with just about the right texture so when you take a bite (and taste the creamy filling) you are in the seventh heaven or probably even above that. 🙂 Omg, sooo mouthwatering… They are called macarons and have literally nothing in common with Slovenian “macaroni” which are usually served with tomato and a sprinkle of basil 😉

The fact that the only lines we were waiting in were the ones at Eiffel tower and in front of the “chief macaron”, Laduree (one of the most famous macaron-makers; pretty famous are also Pierre Herme and Gerard Mulot) can give you an idea how much I adore these treats. Actually, the line in front of Eiffel tower was faster, but the struggles of waiting are immediately forgotten when you bite into the fluffy cloud 😛 To my delight, pretty much all patisseries had wonderful macarons and they really got me with the big one – really, macaron in the size of a palm?! It made my day 😀 While I never buy souvenirs (except of fridge-magnets, with those I have a greater plan in mind 😉 ), I came back home with the macarons-printed apron, determined to master the art of baking those beauties (it’s kind of inconvenient for budget to fly over to Laduree every weekend). Considering my kitchen skills, if I make it in approximately 27th attempt, I’ll take it as a great success.

Otherwise…Paris is indeed special. I have wanted to visit it as long as I remember and somewhere in between I have reached the “ehhh” level, when I started to get a feeling that it’s all overrated, that Paris with it’s big metal construction and overpriced cabaret is not so amazing after all. And after spending time in London earlier this year (and absolutely loving it) I actually started to worry that I will be disappointed with Paris. Instead of that, I was pleasantly surprised. While I had a whole list of the museum and sights listed for London this time I was more like “OK, we could see Versailles, and the Mona Lisa perhaps and anyhow it’s impossible to miss the Eiffel tower while the rest of the time will be dedicated to us and to macarons” 😀 And maybe, just maybe, due to that, Paris reached if not exceeded my expectations.

Even though gardens of Versailles were covered with layer of snow and all buildings there weren’t opened, that Eiffel tower was closed for two days due to extreme weather conditions (1cm of snow, utterly funny to the Slovenians :D) and that all restaurants recommended on TripAdvisor were full on Saturday evening, somehow everything fell into place. Due to weather forecast there were literally no lines in Versailles (they are otherwise notoriously long) and even gardens were accessible with the ticket for only palace, while we stopped by Louvre on Friday evening to take some photos we realized it’s open till 10pm so we went straight to “the Lisa” and we stumbled upon little French restaurant with amazing food for more than excellent price (I am talking about 60€ for 2people for 3-course dinner with a bottle of wine, hello ?! 🙂 ). Sun was joyfully shining most of our 4 day visit (when it wasn’t snowing 😉 ), the apartment we reserved through the booking.com for a fairly good price looked like from an Ikea magazine and in front of most famous Lisa in the world there was only a bunch of people so I could take all the time I wanted to study that mysterious smile 😉

Where is the little bird 😉

Somehow, no matter whether you are sipping your Starbucks across the street from Moulin Rouge, squeezing in the elevator on the way to the top of the tower or just making some pasta for the dinner in “your” flat, the city gives you that special feeling that everyone is talking about and is reserved for the romantic movies about this “city of love” 😉 Yep, Paris really is special.

Not the egyptian one, but famous anyway 🙂

Bojan promised me that we’ll come back once in spring (he hasn’t specified the year though :P). I am not quite sure whether he became very romantic suddenly or he just doesn’t want to listen to me for the next ten years that Paris without picnic (with macarons!) under the Eiffel tower and boat cruise on the Seine River is not fully experienced Paris 😛 Maybe next time I’ll convince him that we get a ticket for that “not-really-striptease-which-I-will-later-regret-paying-for” and I will make up to him with taking him to Asterix theme park. 😉

But until then..Paris, au revoir!

Going through old photos and reminiscing how much

Have a holly jolly Christmas,⁠ it's the best tim

Rockin' around Christmas Tree🎄... I mean, being