MEXICO CITY 5 DAY ITINERARY - BlueMarble Vagabonds
Who are we?

Hey! We are Bojan & Sandra, two vagabonds usually found in the company of a furry member of the pack, Nano.

We have just returned from a year-long honeymoon around our Blue Marble and are already planning new adventures!

Here you’ll find a bunch of travel tips and witty stories with our sole mission to inspire you to open that squeaky fence door of your garden and peek around the corner. The Blue Marble is waiting for you! 😉

Poke around
We use cookies to ensure that we give you the best experience on our website. If you continue to use this site we will assume that you are happy with it.OkPrivacy policy
Become our friend on Facebook!

Our Travel Videos & Vlogs
You can follow our adventures here:
Current location on Blue Marble 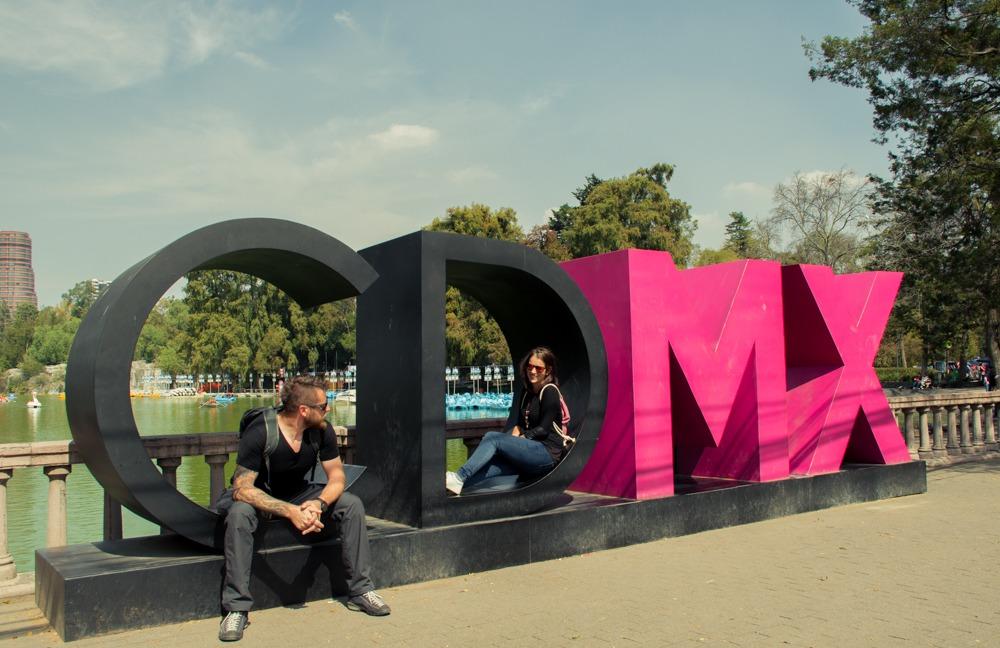 Mexico City (Cuidad de Mexico) is the capital of Mexico, usually visited by fewer travelers than more popular Yucatan peninsula. In addition, it »enjoys the reputation« of one of the most dangerous capitals in the world, unfortunately (and foremost) due to the media.

But how is it really? Mexico City has almost 10 million inhabitants and, like in any other major city in the world, there are few neighborhoods that are best avoided at night. Otherwise, the city is completely safe for travelers and offers countless possibilities for exploring.

We spent in Mexico City more than a week, and we felt that we’ve barely scratched the surface. But since most of the travellers don’t have so much time, we offer you Mexico City 5 days itinerary!

To get the first impression of this enormous capital, head to Zocalo, the main square in the old part of the city.  Spent the first day wandering around, pay a visit to the famous street markets and try tacos on the streets (but make sure beforehand that you are not eating the eyes or a head, unless you are a fan 😛 ).

History lovers should definitely visit the Templo Major (archaeological excavations next to Zocalo) or the Palacio Nacional. The latter is at the same time a museum, a gallery of Diego Rivera’s works and the official premises of the current president of Mexico.

In the late afternoon head to the Garibaldi square, where you’ll find Tequila and Mezcal Museum (entrance fee includes a free testing 😉). Then make yourself comfortable at the terrace of the museum and wait for sunset in the company of mariachi playing their hits. The best way to end your day is with dinner at the oldest restaurant in the city – Hosteria de Santo Domingo.

Because bottle is too mainstream 🙂

Polanco is a neighborhood where Chapultepec Park is located. Chapultepec park is even bigger than all the famous Central Park in New York, and you can easily spend a whole day here. The squirrels are behaving like cute puppies, but be careful – they may steal your snacks. 😉

In the middle of the park there is a zoo, which is free and extremely nice. It features animals like a hippopotamus, a giant anteater, a polar fox, a rare type of panther and giant pandas. Pandas are especially cute, eagerly eating their eucalyptus. Bojan says they look just like us while Netflix-ing. 😊

In the park you’ll also find the only true medieval castle in America (Castillo de Chapultepec), built by a Spanish nobleman and an Anthropological museum. The latter is huge and you should give at least an hour or two, as it takes you through all the great cultures that lived on the ground of modern Mexico.

So, what to buy today, some doritos maybe?

She prefers broccoli over nuts 🙂

One of the most famous things in Mexico City is the house of artist and feminist Frida Kahlo. Frida did live here and house is now transformed into a museum. We did not visit it, but there are rumors that queues are long, so come early.

After visiting “the blue house”, head to the Xochimilco, “Mexican Venice”. In the past, Mexico City was made of channels, but now you can see the rest of them only in the southern part of the city. Buy some snacks, rent a gondola and …simply enjoy. 😊

Teotihuacan ruins are an architectural wonder that one should not leave out when visiting Mexico City. The magnificent complex of awesome pyramids is located an hour away from Mexico City. We recommend you the spend most of the day here.

You can go to Teotihuacan with a tour or independently. It is better to do the latter, as it is extremely easy to get there. To avoid crowds, take Uber or the subway early in the morning to the bus station Autobuses del Norte, where you can buy a return ticket. Just pay attention to buying a ticket to the “ruins” and not to the nearby San Juan Teotihuacan.

When the bus enters Teotihuacan, it first stops at door no. 1, where almost all passengers go out. Of course, we did too. 😊

However, it is best to climb to the sun and moon pyramids  when there are not many people there. The pyramids are located at the other end of the complex, so we suggest that you take the bus to the door no. 2 or 3 (you can buy entrance tickets there as well). This way you can climb the pyramid of moon first thing in the morning. You’ll be rewarded with a beautiful view across the entire complex.

View from the pyramid of the moon..

…and from the pyramid of the sun 🙂

Take the last day in Mexico City to walk through the “chic” neighborhoods of Condesa and Roma, which are quite different from the rest of the city. Here are numerous shops, bars, restaurants and … dogwalkers. 😉

When you get tired of sipping your beer (I know, that’s unlikely 😉), take a stroll along Avenia Reforma to the Plaza de la Republica. Take few photos of a huge monument and then head to the Alameda Central Park. Located here is the marvellous Palace of Bellas Artes, a must see for any art lover.

For the best view of the palace, get your coffee on the rooftop of the cafeteria across the street. There admire its colors while the sun goes down for a perfect end to Mexico City 5 days itinerary. 😊

Avenia Reforma in the distance

I hope you liked our Mexico City 5 day itinerary! Of course, there are hundreds of attractions in Mexico City, above are listed just few of the biggest ones. I guess you’d be able to be there for months and you still wouldn’t be able to see it all. 😊

Going through old photos and reminiscing how much

Have a holly jolly Christmas,⁠ it's the best tim

Rockin' around Christmas Tree🎄... I mean, being